Clara’s Gorilla *
Years ago in Switzerland I had a client who had been diagnosed with bipolar disorder. When I first met Clara, a 22 year-old university student, she told me she’d received her bipolar diagnosis and medication from her psychiatrist but hated the side-effects of the drugs.

The doctor had tried various meds on her and eventually said the side-effects were mild enough to be acceptable. I laughed when she said, “mild enough,” and replied, “Mild enough for who?” Clara smiled and we began working on her process.

She told me that she goes back and forth between lying in bed in a depressed stupor for three or four days, unable to function and thinking about suicide, and then suddenly a cloud lifts and she feels super high and goes out partying for days on end. When she’s in party mode she walks around Zurich imagining, and sometimes even believing, she’s the most powerful woman in the world. Then she gets depressed again and realizes it was all just a fantasy.

I asked her what it’s like to feel depressed, and she described it by saying, “It’s like a thousand pound gorilla. I feel paralyzed and don’t want to live.” 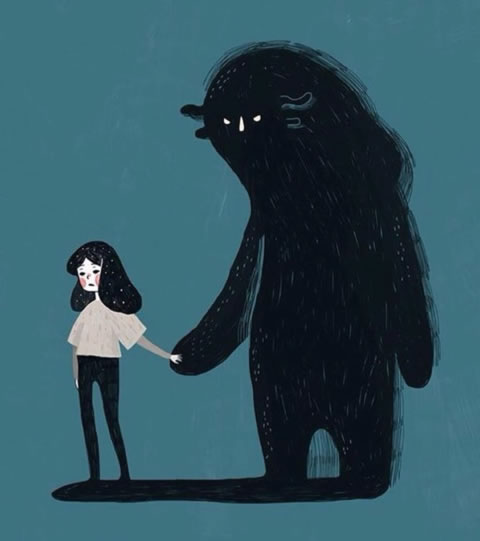 “Yeah. He’s a thousand pounds and he’s crushing the life out of me.”

“Woah! Tell me more about him.”

“What would it be like to be a thousand pound gorilla?”

“Yes! What would it be like to be a gorilla?”

Clara giggled. “I don’t know, I’d be big and hairy and move like this.” She swayed back and forth and put her arms out to her sides. Then she covered her mouth.

“What just happened?” I asked. “Are you embarrassed?”

She nodded yes, and I asked why. After pausing she told me she’d grown up in a strict family where women and girls were supposed to act proper and stay in the background. Her dad was a Swiss banker whom she described as “stiff.” He had conveyed to her the typical sexist conventions – look pretty, speak quietly, and don’t be expressive or weird or challenging. Her mom followed these rules without any qualms, so the message to Clara was clear: Repress yourself if you want to be accepted.

I told her, “I promise no one will ever know, and I totally support you, so let’s stand up and be gorillas!” She laughed but shook her head.

“What would happen if we play-acted being gorillas?”

She got a fearful look on her face and replied, “I don’t know, I’d get in trouble…but that sounds crazy.”

“Yeah, you won’t get in trouble, and you might even learn something.”

Again, she shook her head. “Is this therapy?”

I laughed, and said, “Yup, it’s Dr. Zwig therapy. But seriously, your imagination of a gorilla may help us.”

With the fearful expression still on her face she took a deep breath and courageously stood up out of her chair. At first she was painfully hesitant but after a few minutes of me encouraging her we began walking around the room pretending we were great apes making funny movements and sounds! We did this for a good ten minutes, and at one point, she walked toward me raising her arms above her head and growled like a monster ready to devour it’s prey.

“Awesome! Do you normally feel this powerful?”

“No! I usually feel like a weakling…well, unless I’m drunk… This is fun!”

“Imagine feeling this power all the time. What would that be like?

Again, she covered her mouth.

“Oops…what happened there?” I asked.

“Right, your father says a woman shouldn’t be powerful…but you are! Imagine always feeling like this.”

“Right! You’d be a powerful woman in charge of your destiny! How’s that feel?”

“Um… it’s like when I party, but not drunk or anything, just super strong.”

The Victress
Next, I role-played her father saying the typical sexist things to her and she dialogued with me, using her power to push back against the him. In subsequent sessions we worked further on her power as a woman vs. the internalized negative father who wanted to repress her. After a few months she had no more crazy mood swings or weird delusions, and has remained that way ever since. 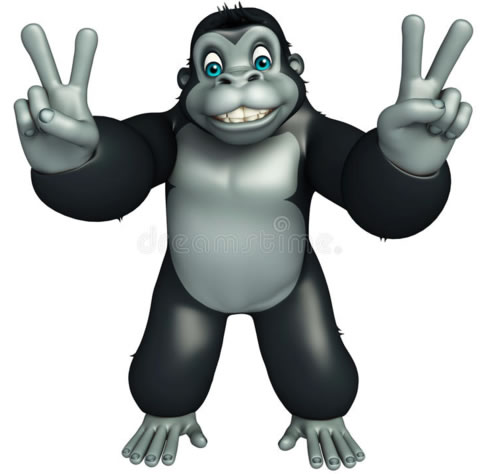 Saved by the Process
The two parts of the bipolar equation – depression and mania – are opposite sides of the same coin. They’re two extremes compensating for each other but have a crucial missing element: Awareness of the process. The reason Clara’s depression and mania went away was because she discovered this missing element. By identifying with her power as a woman she integrated the “gorilla” – the image onto which she had projected her strength – and was no longer a depressed victim of its power.

She also didn’t have to fly off into delusionary manic episodes imagining she was the most powerful woman in the world because she actually became a strong woman. The loss of touch with reality that some bipolar people exhibit isn’t a meaningless, random symptom of craziness; it’s the psyche’s attempt to free itself from something oppressive. Believing she was the most powerful woman on the planet sounds looney, but when you understand it’s context and purpose it makes perfect sense. 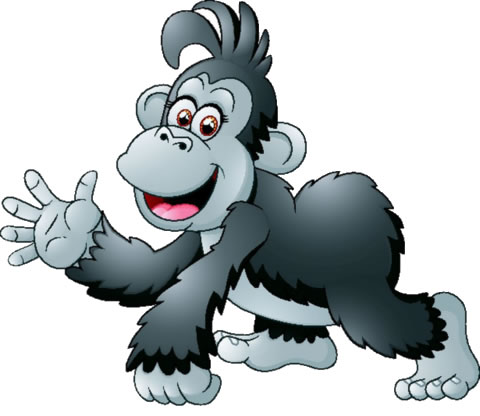 Fictitious Facts
Psychologists want to sound like they know what they’re talking about even when they don’t, and to this end say things like, “The exact cause of bipolar disorder isn’t known, but a combination of genetics, environment, and altered brain structure and chemistry may play a role.” What a bunch of rubbish. The truth is, the disease model of mental health is a byproduct of both ignorance and the financial interests of the pharmaceutical industry. You don’t have a disease; you have a powerful process of change and growth trying to happen, and you need the right tools to work on it.

Hail to the gorilla!

*Client names have been changed.