You are not your inner critic. Observe and process the negative voice you hear. 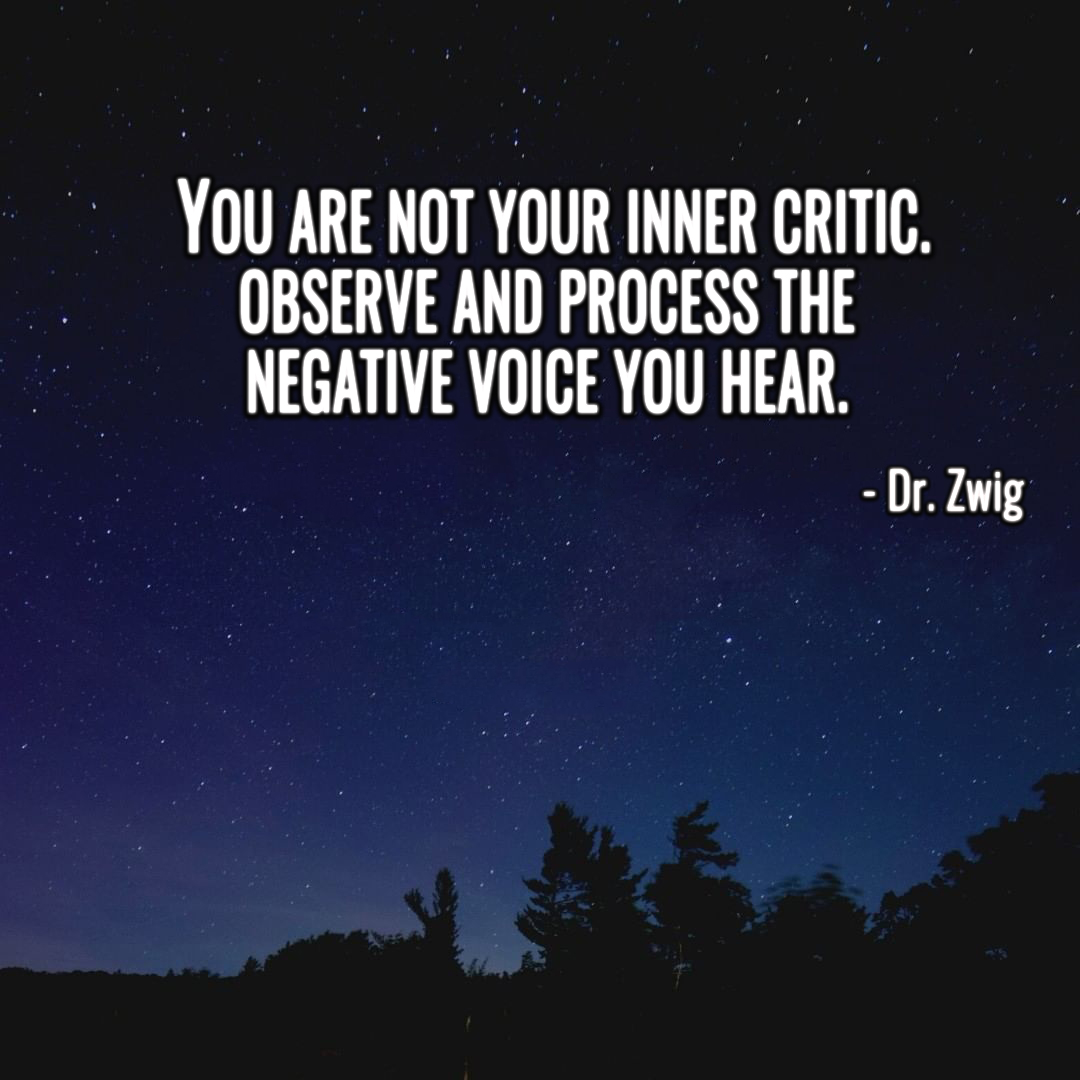 One of the most common and painful experiences we have is hearing the voice of an inner critic.

It can range from mildly negative thoughts about yourself to devastating destruction of your character and even of life itself.

It has many different effects on people — from making one stronger and more determined to succeed, to causing depression, to making one feel hurt and unloved in relationships, all the way to pushing one into addiction or even suicide.

If it’s unconscious in someone in a position of power it can cause him to become abusive or even start a war.

Such is the great power of this annoying little voice in our heads.

To transform your critic, you have to become conscious of it as a distinct part of your mind that’s separate from you.

You must summon your strength and courage to dis-identify from your negative thoughts and study them.

To do this, set aside time each day to meditate on your inner process.

Close your eyes and observe your negative thoughts but don’t engage with them.

Don’t judge or try to change them.

Just watch them come and go.

As you do this, observe their nature. Listen to the quality of the critic’s voice.

Visualize a character saying these things.

Watch him or her like they’re in a movie.

When you have a good sense of this figure express your disagreements — fight, argue, debate, and wrestle with it (a punching bag is great for this!).

Also, listen to its replies and then talk back to it.

Better yet, playact the critic to get to know this part of yourself. Then switch back to your normal identity and go back and forth in a dialogue.

Lean into the process.

If you can stand up to the critic’s mean, nasty nonsense, you might also discover a nugget of wisdom in its craziness.

That’s right — the critic isn’t only bad, it’s also trying to wake you up about something (albeit in an obnoxious way).

As counterintuitive as it sounds, it’s trying to get you to engage with your deeper process so you can change and grow in a positive direction!